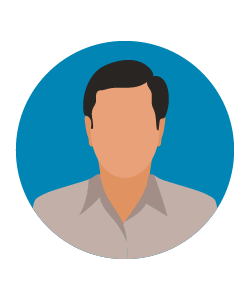 What's the perfect material to use for a mirror? Glass. What's the perfect material to use for a window? Glass. As it turns out, there are many, many uses for this clear, yet fragile material. When you need a solid surface that you can also see through, glass is the answer. We are not glass blowers or glass installers ourselves, but we do enjoy researching and learning about glass-related topics. From glass installation to glass recycling, we discuss those topics right here on this blog. So grab a glass of water or another favorite beverage, and get to reading about glass.

When choosing window film to protect your home, you may think you already have a ton of decisions to make. The purpose of the film, the level of tinting, any patterns, the level of transparency or opaqueness, and so on can seem like a lot to deal with. There's one other decision that you might have forgotten about: the method of adhesion or how the film will stick to the glass. In general, there are three types. An adhesive that you may or may not be able to reposition, a film of water, and static cling are all options.

Some window film is meant to really stay in place. Some films are available with a permanent adhesive that you can't remove without destroying the film, but others have a low-tack adhesive that allows you to reposition the film to get a more exact fit. The advantages here are that the adhesive — even if low-tack — will help keep the film in place without worrying about corners peeling up and so on. The disadvantages are that even low-tack adhesive can become more permanent over time as the adhesive dries up, plus dealing with large sheets of film with a sticky side can be difficult if you don't know what you're doing.

Another option is a thin film of water. This works in a way similar to how suction cups sometimes stick better when you wet the rubber or plastic cup. You add a thin film of water to the glass, such as by spraying from a bottle, and then place the film on top, smoothing it out with a squeegee. The advantages here are that the film is totally repositionable, and a spray of water is easy to apply. The disadvantage is that the water film can dry up, and the edges of the film can sag if not adhered properly to the glass.

Some films actually use what's basically static cling to adhere to the window glass. This is the easiest type of adhesion to use; you don't have to worry about water dripping anywhere or adhesive causing the film to stick together in parts. It's totally easy to reposition the film if you mess up its placement. However, because the film does not have anything extra holding it to the glass other than static, it might not adhere well in spots. Do note that if you're installing film with patterns, the static version is great when you're trying out different types of film because the film is so easy to remove.

Window film protects you, your house, and your furniture from the harsh effects of the sun. No matter what type of adhesion technique you use, you should get film for your windows to ensure your home remains comfortable. For more information, speak with a professional who works with residential window film.